This bulletin is to advise all Sweringen SX300 owners of the potential for Main Landing Gear Trunion failure. To prevent possible structural damage and bodily harm, The SX300 Group and its Technical Adviser is recommending that all owners, particularly those with flying airplanes, replace the original Airight Main Landing Gear Trunions p/n 67001-1 &-2 with a new modified part as soon as possible. We currently have a supplier, “Forming & Machining, Inc.” for the new modified parts. You can place your order, either by calling, Doug Poli 817-988-0859 or Bill Johns 913 294-5348.

Note: These new parts are built to specs. per alterations made to the original drawings and a digitized computer model produced from a modified original trunion. The new prototype was sent to Doug and place in a fixture to insure accuracy. This process was done several times before the final OK was given to produce parts. The result is a quality part.

The trunion failures that occurred have been on airplanes with more than 500 hours logged. On John Fonville's trunion failure, it is reported that the aircraft has never had anything but normal use, no hard landings or abuse. The airplane does have dual calipers on the brakes and he recalls swerving quickly and applying brake to even strut extension.

Below are photo comparisons of the new trunions versus the original trunions. 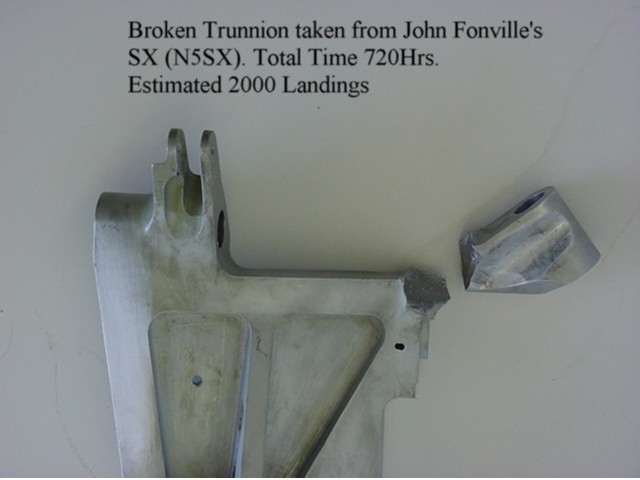 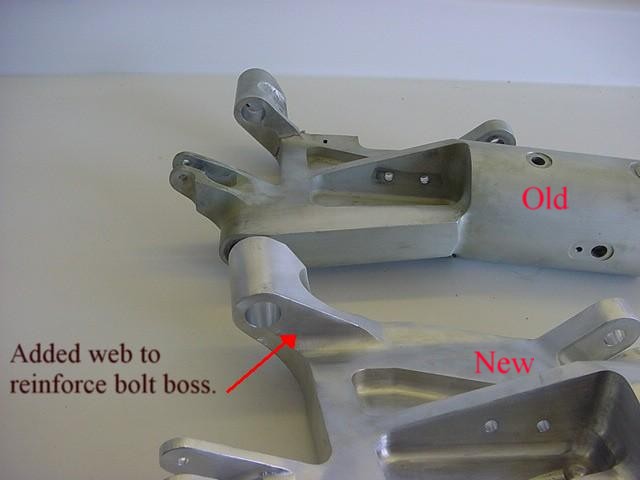 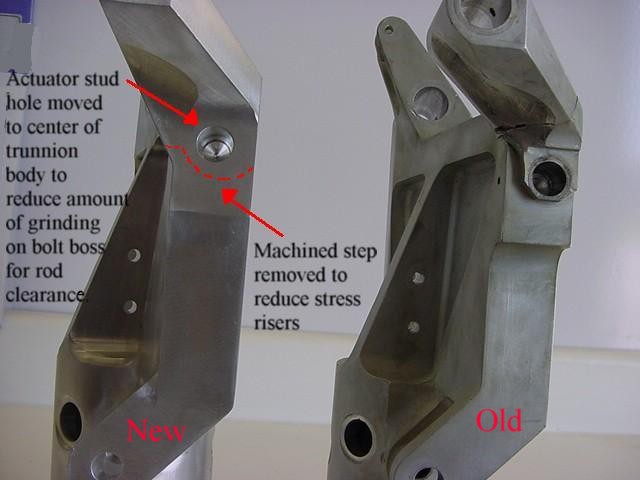 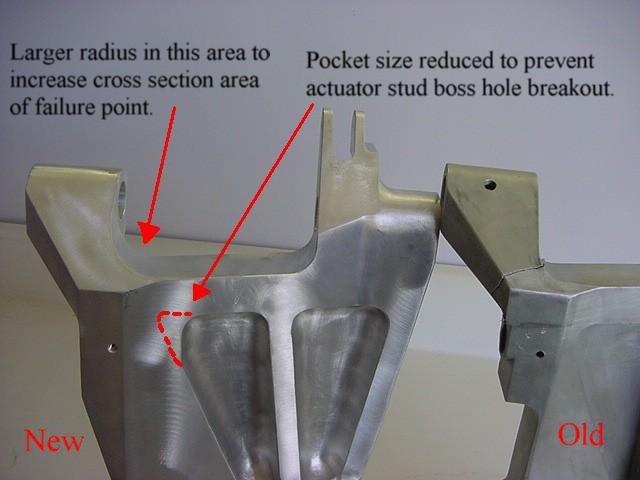 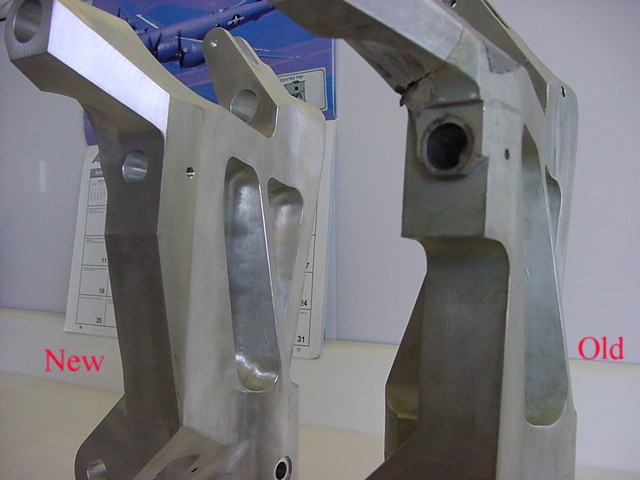 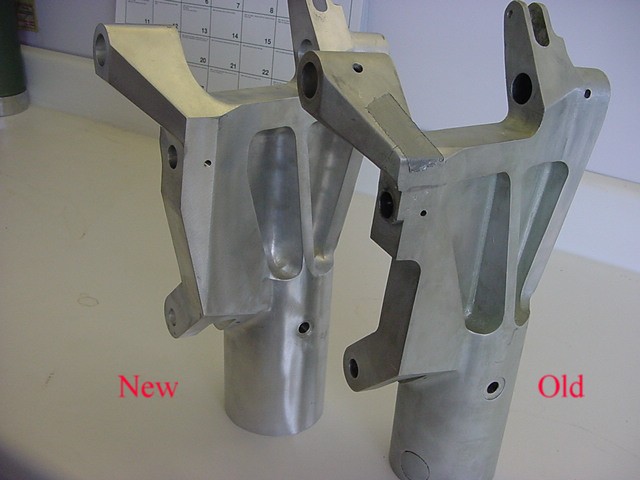 This is an experimental system. The system is designed to replace the main gear gas springs with modified new gas springs to operate as an actuator cylinder. The system is just for the main gear; the nose gear operates fine on the original gas spring and does not require replacement by this kit. The nose gas spring should be inspected frequently & replaced every year to ensure optimum operation. The main gear cylinders are made from new gas springs which have been modified by taking out the cross over piston and replacing it with a piston using a urethane cup seal. The cylinder has been ported for a 1/8" pipe fitting on the base of the cylinder for the nitrogen entrance and ported for exhaust on the rod end of the cylinder with a screen and filter. Each activating cylinder is 4.4 cubic inches in volume, plus hoses and the volume of the lines to the actuators from the storage battle. The total volume of the operating system is 10 cubic inches. The normal system pressure should be 1,700 to 2,000 psi at 1700 psi the system will put the gear down three times, losing about 280 psi per cycle. The schematic drawing of the system below shows the basic layout of all of the components.

This Nitrogen Operated Emergency Gear Extension System has been developed to increase the reliability and safety of the landing gear. Bear in mind that you are removing one safety system and replacing it with another. The components and material that make up the system are of the highest quality but the quality of these materials and components can easily be compromised by a poor installation. Particular attention should be paid to preventing contamination of any kind including moisture, metal shavings, etc. from entering the system in the future. Metal shavings can damage the valve and particularly the piston. Moisture can cause internal corrosion of the actuator and can also freeze, especially in the tiny 1/8" tubing. Service the system with dry nitrogen "only". And last, but certainly not least, all component placement and mounting, line routing and the system in general should not interfere with any flight critical system (control cables, push pull tubes, wiring etc.).

The RH nose landing gear wheel axle plug as it comes from Airight, Inc., sits on the outside of the fork creating a close fit between the plug and the NLG drag brace weldment (PN 29-12201-1) when wheel is retracted.

A good idea to prevent the plug from catching on the weldment is to recess the plug flush with the fork surface. Some are closer than others, so look closely at your SX at the next inspection.